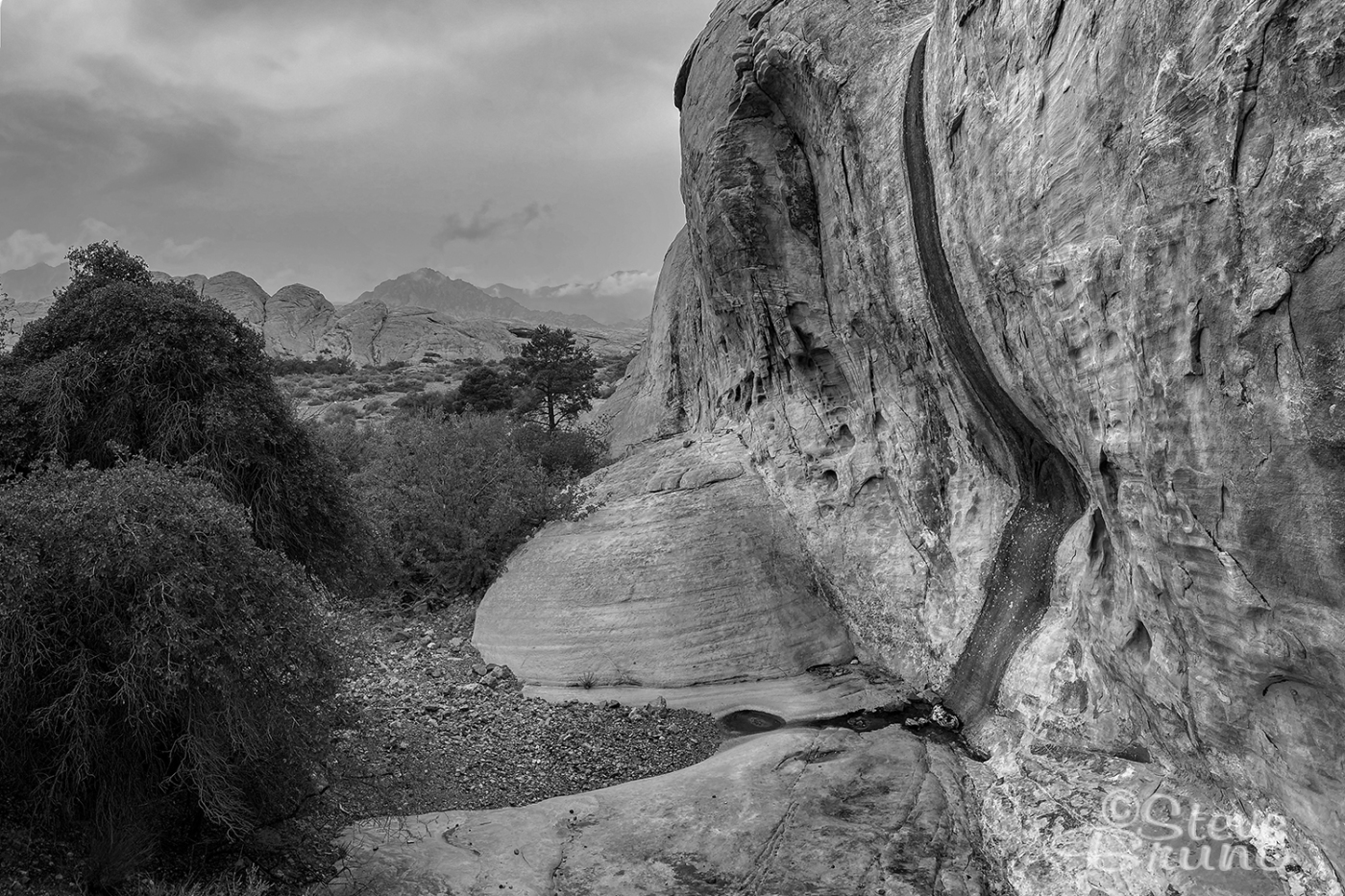 As I mentioned in my last post, we had an unusually nice run of cloudy days and rain this summer which is starting to feel like a distant memory. On one of those days, I headed out expecting to get wet. No, make that I was hoping to get thoroughly drenched. At least, that’s how it looked when I started. Mother Nature changed her mind as she often does, but this day turned out to be fantastic for hiking. The big storm lost its energy and in its wake left a couple hours of heavy overcast, light drizzle, and temps around 78 degrees. Technically, the subject in my photo could be called a waterfall, but that’s a stretch. There were tiny pools at the bottom, and several drops trickling down the wall, and that’s about all you might ever see here. The problem with this location is the lack of drainage to feed enough water over the top, unless of course, you were here getting thoroughly drenched by rain. I’ll keep trying. In the meantime, the contrast of the wet black streak against the sandstone and the soft light made for a nice image. Further up, wet plants and continued soft light made for lots of subjects later that day.