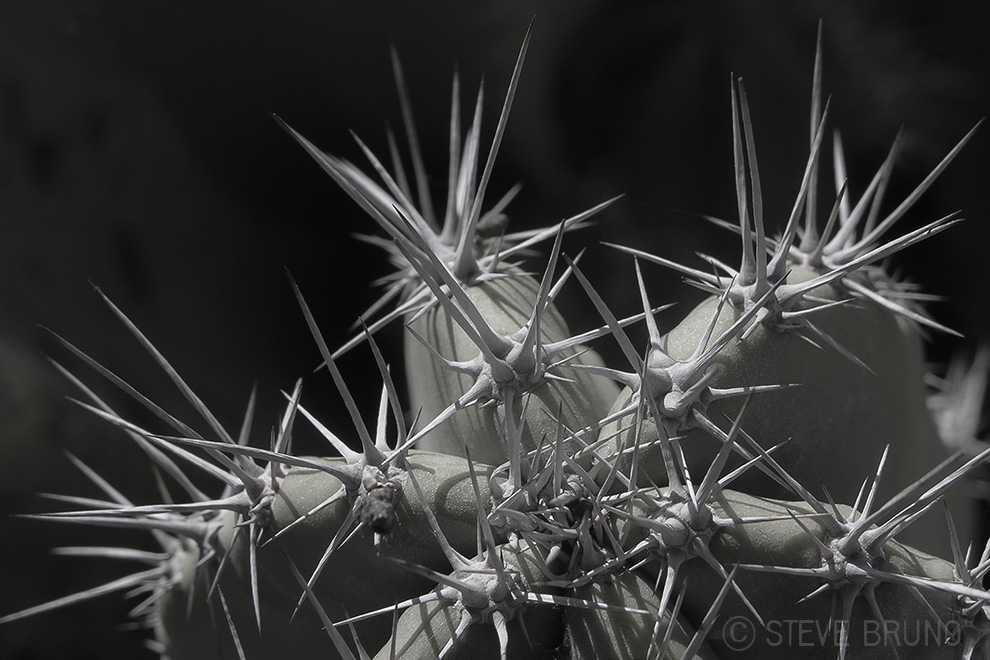 I find cacti to be amazing plants in their ability to grow in the harsh conditions of the deserts of the world.  The defense system of these cacti, their needles, come in a variety of lengths and clusters.  Although it’s often just a painful nuisance for man, the needles are designed to keep out birds and animals that would take interest in one of these plants.  Generally speaking, large cacti have large needles and smaller cacti have smaller needles.  I have seen smaller cacti with large needles, but never large cacti with small needles.  Most often, they are spread across in a bit of a random pattern, but occasionally can be symmetrical as though computer designed.  If a cactus looks as though it might be soft and fuzzy, it’s probably the worst kind to get near.  Take for example, the one below whose pads look like potato chips.  It’s called a Funny Bunny, and might rank as one of the worst names ever for a plant.  One graze against this plant will leave dozens, or possibly hundreds of microscopic needles in your skin.  I know of one person who transported one on a breezy day and ended up in the hospital that evening having needles removed from his eyes.  Nothing funny about this one.

The top photo is my contribution to Leanne Cole’s Monochrome Madness this week.  To see what other photographers have contributed, or instructions to join in, please visit Leanne’s website. 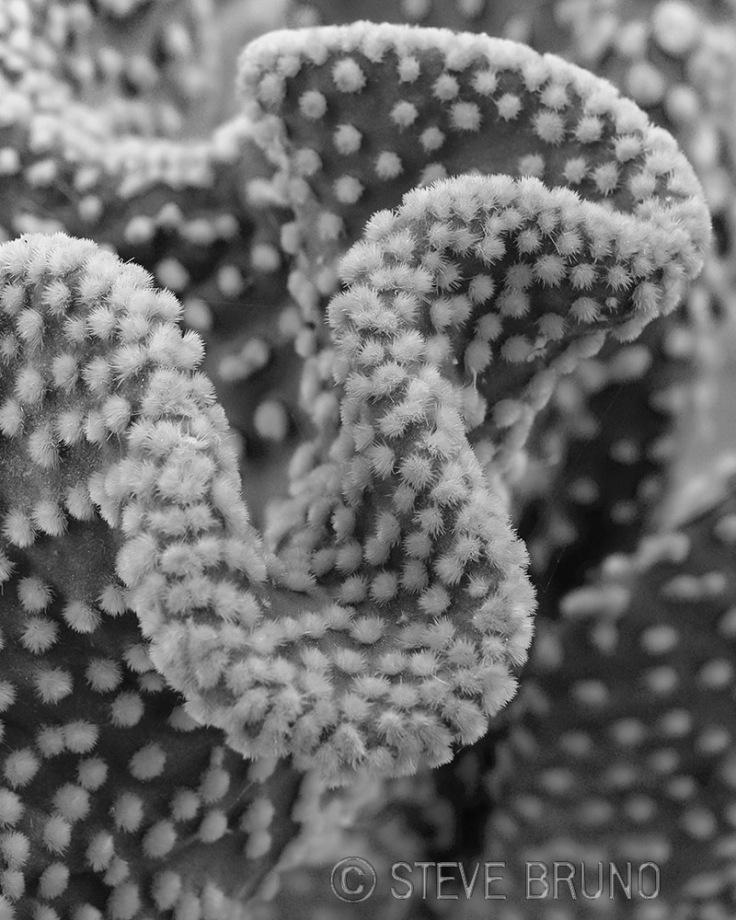