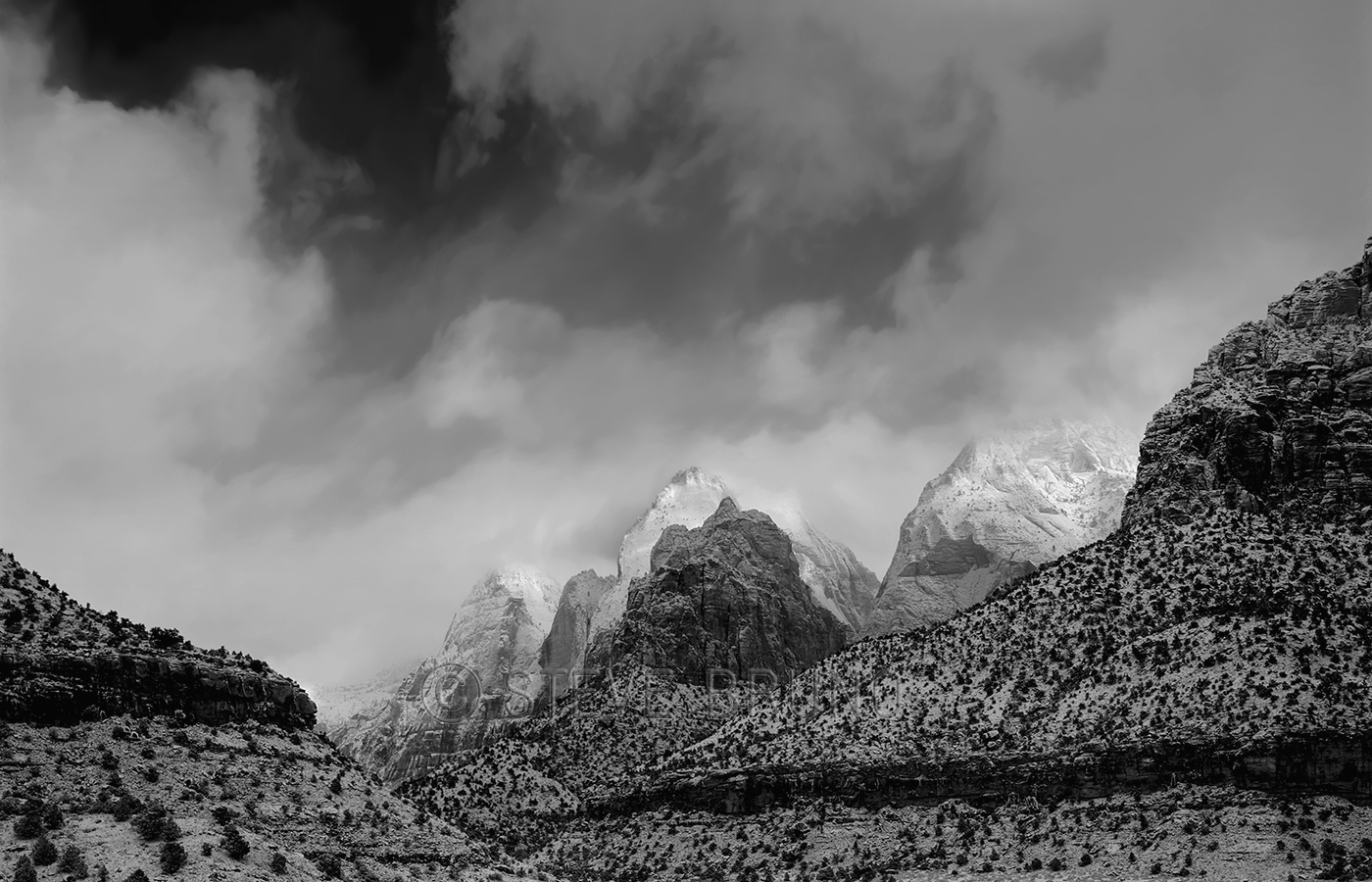 April 22nd is Earth Day, an idea originally started in 1970. It also marks the day that Ansel Adams passed away in 1984.  Adams was one of the greatest advocates for the environment and our role as stewards, so this post is a tribute to him.  The town of Kanab, Utah uses the slogan “Greatest Earth On Show”, which is hard to refute given its proximity to Zion, Bryce, and many other unique locations.  In keeping with Adams’ style my black and white photo comes from Zion National Park, Utah.

On the 45th anniversary of this day, I can’t help but think that we haven’t made very good progress as stewards of the earth.  Our rapidly growing population can only place more stress on resources that are already being pushed to their limits.  News stories abound about overfishing, forests being cleared or rapidly dying, greenhouse gas emissions, water shortages, etc.  I’m not sure if there is a more blatant example of our mismanagement of natural resources than China’s current water situation.  In their rush to industrialization, they have depleted thousands of rivers, and are now in an effort to channel water from the southern part of the country northward to the civilization centers.  Having lived in a desert for the better part of my life, the message has always been out there for water conservation.  I hope this crisis instills the same message to the Chinese.

It has taken many years for the problems facing us and our planet to build, and they won’t be going away overnight.  Perhaps a reminder like Earth Day will make us think about our daily decisions and any long-term ramifications.