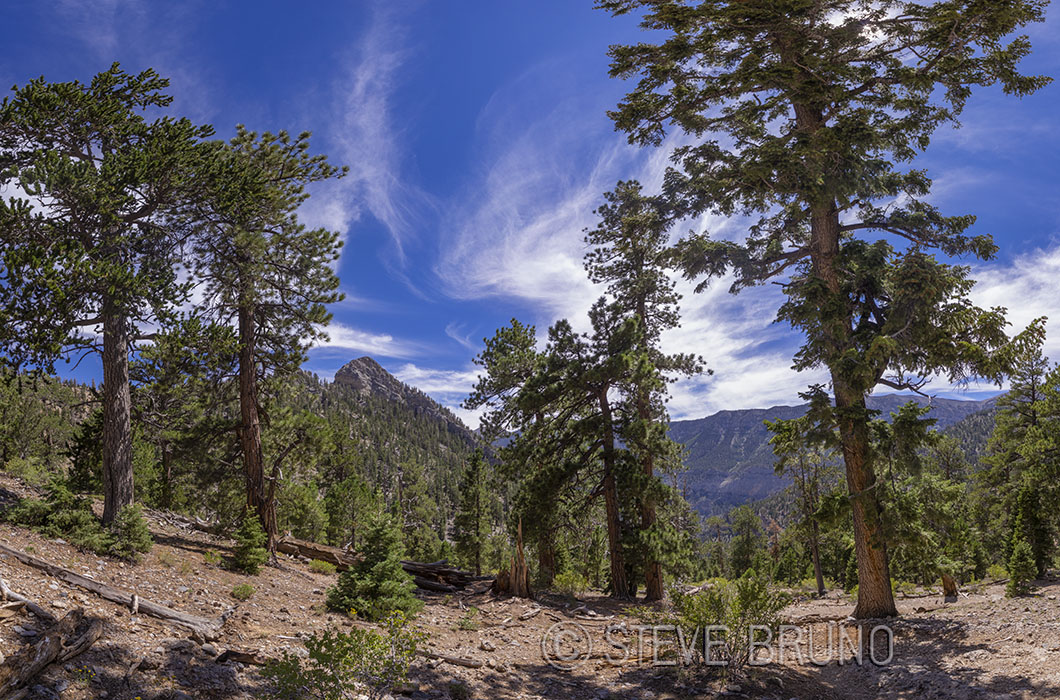 Recently, I had a chance to get out to our closest high elevation hiking spot.  A friend had wanted to get away from the heat, and as with most people I know, didn’t want to to a hike on ‘photographer’s hours’.  With that in mind, I wasn’t going to bring a camera, just my phone.  Then I remembered the last time I did that, and we encountered butterflies and tiny flowers, so I packed my older smaller sensor camera and macro lens.  That’s my idea of keeping it light.

The trail started around 8000 feet, and some of the trees down there had something I had never noticed before.  Coming off the leaves was a thread-like material, covered with fine hairs.  Most of these had a pigtail kind of curve to them, and their lighter color glowed in the backlight.  My first shot of the day is actually one of my favorites. 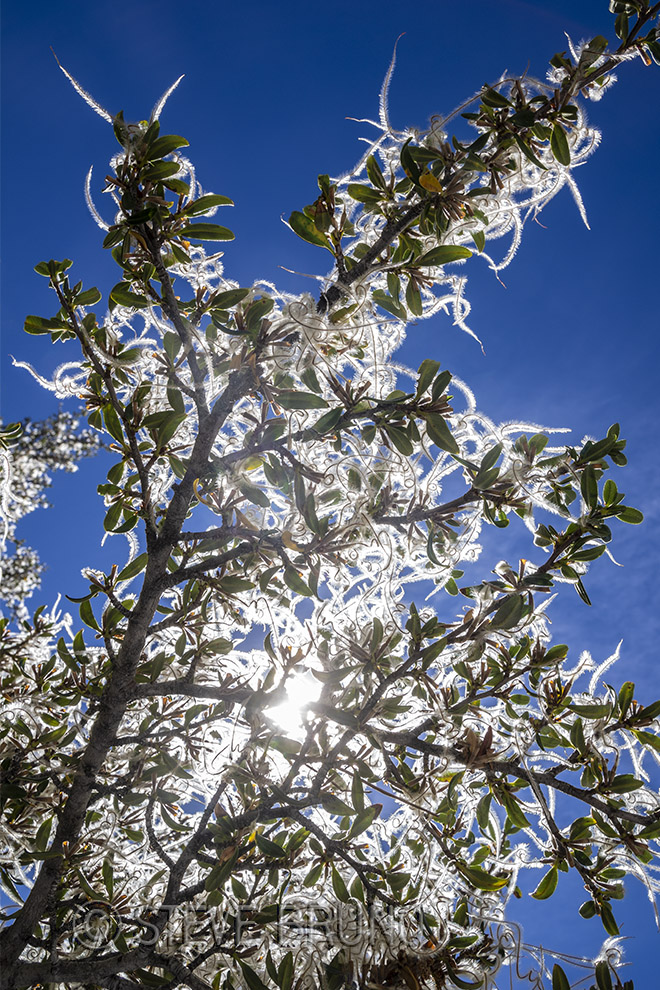 Even though these trees were present further up, the threads were not as abundant on those trees.  I think I need to spend more time in this forest to notice the details of seasonal changes. 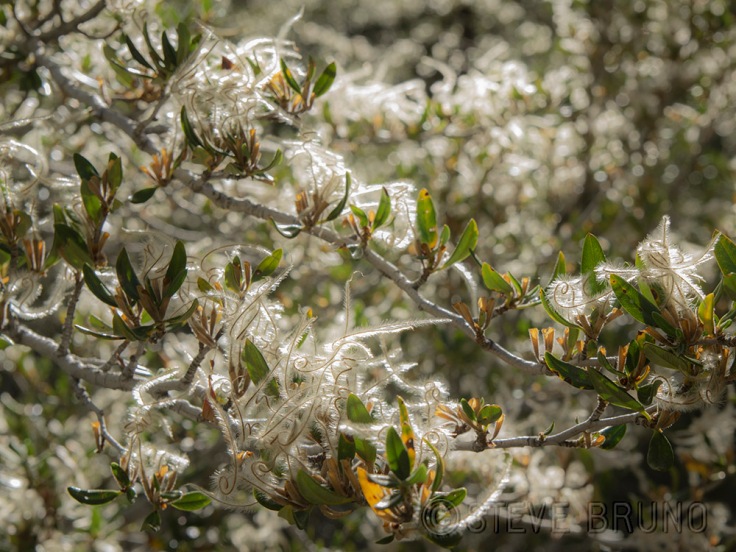 The photo at the top of this post was taken near the top of the trail.  With my smaller sensor camera I don’t have an extreme wide angle lens, so this was a composite of 10 frames.  We had started out with clear skies, but these timely clouds came passing through, looking more like fall than summer.

We arrived at the end point of one trail, then continued partway on another.  I was wanting to see if the springs were still there after so many dry years.  Just before the springs we found ourselves in the midst of the forest affected by the Carpenter 1 fire which happened in 2013.  Although signs of recovery were evident, these trees will not be coming back, and the eerie feeling remains.

If there’s a positive side to not being in great shape anymore, it’s that the hike took long enough so that we finished with late afternoon light.  Often this is the time of day i would start a hike with photos in mind.  The young aspens were a stark contrast to the trees consumed by fire higher up.

The cliffs in the lower part of the trail were beginning to get the glow of reflected light.  The trees here are generally tall, but I couldn’t help but notice there was a giant amongst them. 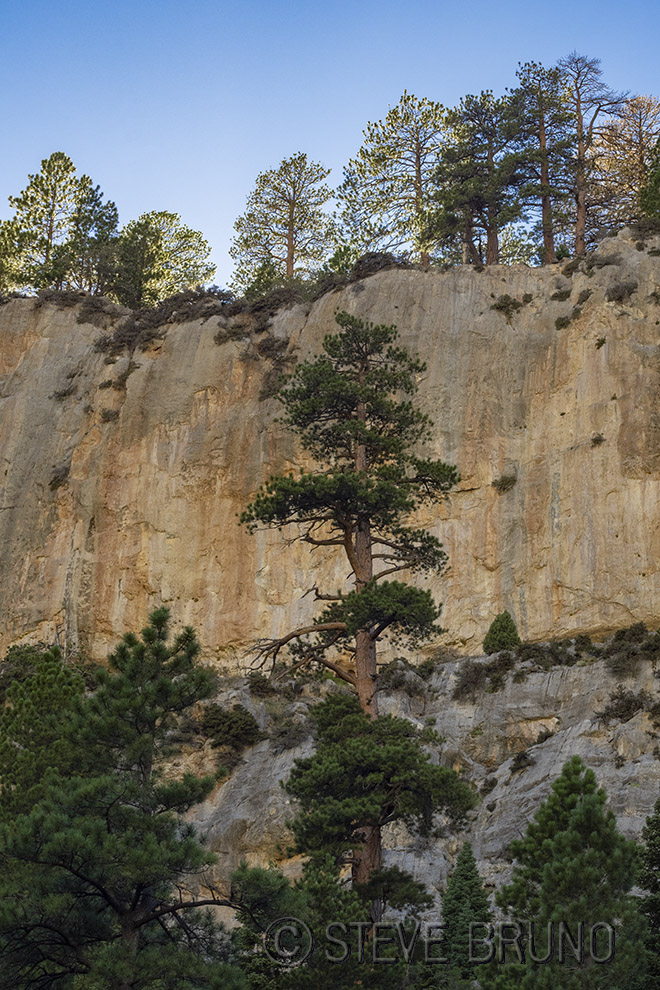 In addition to better quality of light, late afternoon usually brings out the wildlife.  This young deer showed up trailside in the last half mile, but really wanted nothing to do with me.  There was a significant barrier of shrubs between us, and the one moment I had a clear view, it moved out quickly, so I only got a parting shot.

It’s been a busy summer, and when work has slowed down, I’ve been catching up on lots of backlogged projects.  We’ve had some of the worst looking skies I can ever remember here in southern Nevada, and we haven’t had any fires to speak of.  We’ve had dust blowing in from storms in Arizona, but mostly the smoke from California’s fires.  Most of the big fires throughout the west in the last few years have been human caused.  I’d like to believe that Nevadans are smarter and more respectful of the environment, but the law of averages tells me that stupid people show up everywhere.  I think because we are not a glamorous outdoor destination like our surrounding states, we luck out by getting less people overall.  That’s OK…..more for us to enjoy!