I remember the first Earth Day in 1970.  At our school, each of the students was given a small tree to plant.  We planted ours in the front yard, and it remained a small tree for what seemed an eternity.  Although I have not lived in that house for many years now, I can go on Google Earth for a peek and see how much it has grown.  Although that is just one simple act, I cannot get a visual progress reminder how my daily efforts to be as green as possible are working.

When I planted that tree, I was still young, and didn’t realize that an environmental movement was needed.  I do remember public service ads against littering, and that it wasn’t uncommon to see a bag or a can flying out of the window of the car in front while driving down the highway.  I don’t think I began to comprehend the magnitude of mankind’s waste until the first time I heard the expression acid rain.  As our numbers grow, it becomes increasingly difficult to maintain a healthy planet, especially with consumer products becoming cheaper, and in the minds of many, more disposable.

Somewhere near the top of our environmental problems list would have to be our use of plastics.  Once they find their way to major rivers and oceans, they mostly end up in one of 5 garbage patches currently circulating our planet’s oceans.  Fortunately, there is an effort underway called The Ocean Cleanup, whose goal is to eliminate these vast floating debris piles.  You can go to their website to read more about it, or possibly donate to their cause.  This is, of course, just a large band-aid to a large problem.  The real solution is to curb our use of plastics and make sure they end up being recycled.

Here in the US, one of the more prominent issues in recent times was the reduction of the Grand Staircase-Escalante National Monument.  If ever there was a case to show that politicians work for special interests, and not the people, this would be it.  In the public input phase of this reduction, 99% of the respondents favored keeping the monument as it was.  In the redistricting map of the GSENM, they have created three separate national monuments.  Inside the former GSENM lies the highest concentration of well-preserved fossils ever discovered.  It also contains the richest and most accessible coal deposit in the state of Utah, which is no longer under protected status on the new map.  Coal consumption is on the decline in this country, so any coal mined here would most likely be sold to China.

Several lawsuits were filed to block the reduction of the national monuments, and Utah politicians immediately introduced a bill to manage the new property and see to it no further changes could ever be made.  Proposed management of the new national monuments would consist of a seven member panel, of which, a majority would be local county officials.  One of the members would also be appointed by the President, so a real public voice would be lost there as well.  These are still federal lands, not designated as Utah state parks.  Yes, our public lands in the hands of local politicians.  This is a precedence we cannot establish.  You can blame Trump all you want, but this ordeal was promoted and encouraged by Utah politicians.  We can all follow suit from the Outdoor Retailers Association, and some of its vendors, who have boycotted the state of Utah for its policies about the environment and how it should be overseen.  Although unlikely, a boycott by all potential visitors would send a message to the cronies in Salt Lake City that people coming to see the special lands in the southern part of the state provide a viable and profitable tourism economy.  Once this land is tarnished it will remain that way.

On a more positive note, a project I wrote about previously has been killed off.  The Grand Canyon Escalade, was voted down by Navajo Nation Council late last year.  Efforts by the tribe are underway to designate this area as a sacred site, and prevent any future blemishes on this special region from rearing their ugly heads again.  Perhaps a long legacy of Native Americans being offered roses, only to discover that they were just getting the fertilizer, has provided Navajos and other tribes a better insight to what is truly best for them and their land.  A special thank you goes out to the Navajo Nation Council and their wisdom for a long-term vision. 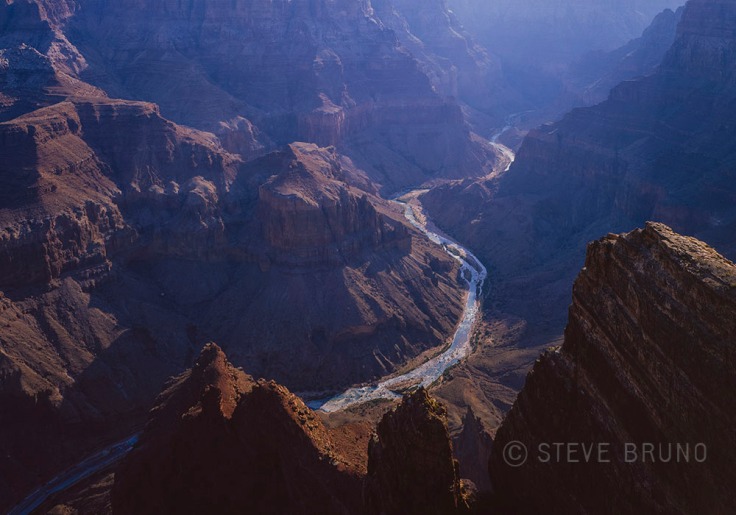