On my flight to Seattle last November I captured one of my favorite images ever from the air. The return flight looked as though there would be nothing to see, because cloud cover had moved into the Pacific northwest just before my departure.  Somewhere around northwestern Nevada, the clouds started to break, and a little bit of color hit the far eastern horizon.  If I had been on the ground and seen these clouds, I would have thought there were some powerful winds aloft.  Our flight was as calm as could be, and I was glad to take a single shot on the return journey.

But this turned out to be just the start.  We had now passed the edge of the cloud layer and the color was getting stronger.  Mountains on the desert floor were beginning to glow as the eastern horizon lit up more before eventually darkening.  The light seemed to go on forever, and the time stamps on my images show that from the top shot to my last was over 15 minutes. 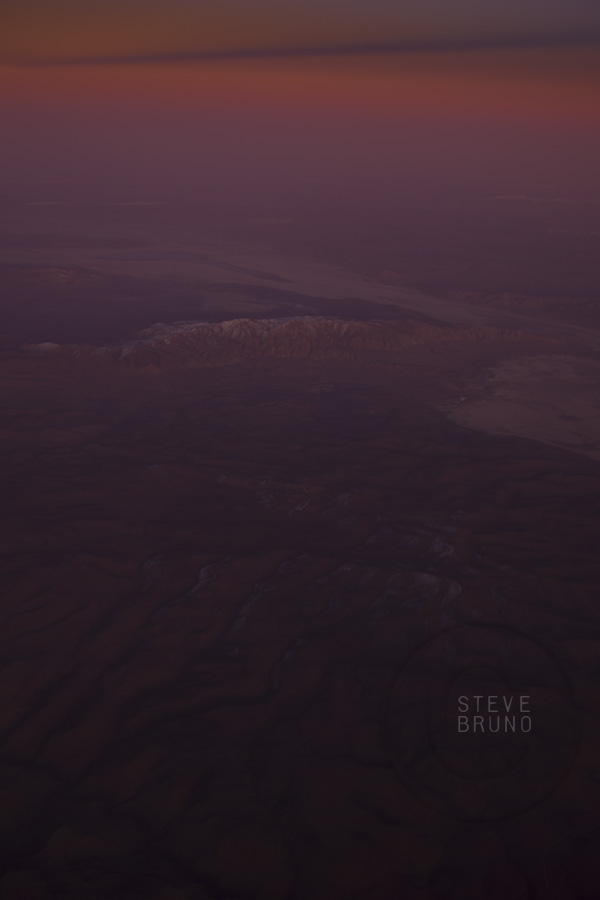